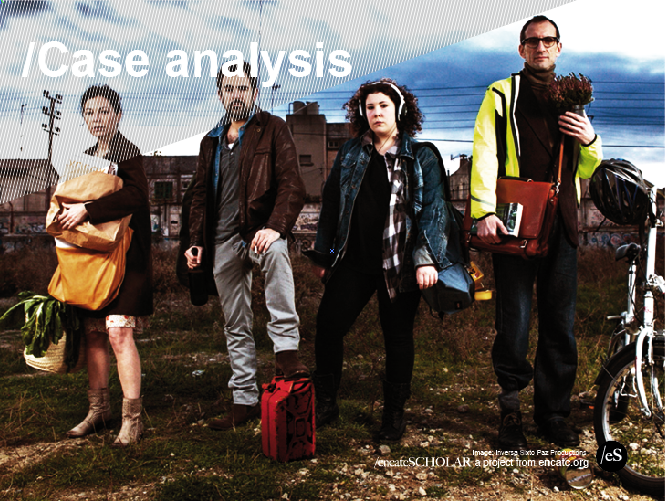 Those cutbacks also affected the cultural sector: besides losing lots of subsidies, the sales tax has been increased from 8% to 21% at the beginning of 2013. Since then, the public decreased significantly.

Context
We are all aware of this tumultuous period we are living. More intense in Spain where unemployment reached 25% of the population for the first time in history.
The financial crisis affected the country enormously and government cutbacks are being severe and constant. Those cutbacks also affected the cultural sector: besides losing lots of subsidies, the sales tax has been increased from 8% to 21% at the beginning of 2013. Since then, the public decreased significantly.
On the other side, during the last few years we have seen how the presence of aggressive agents has grown considerably launching a massive discount policy that affected the price of most of the tickets sold. Thus, the policy devaluated the prices of the field by getting consumers used to lower prices.
Facing this context, the Catalan production company Sixto Paz Produccions thought of an alternative for their first show “If there is, I haven’t found it yet”, called taquilla inversa. This initiative wanted to promote the empathic economy.

Target audience and objectives
The objective of the initiative proposed aims to widen the target audience.
If we use the Gauss distribution, often described as a “bell-shaped curve”, we see there is an average and a deviation. The average is the most common value, and the deviation is what determines how much someone separates from the average.
When you propose a fixed price for a ticket you try to choose the price most people are willing to pay and also the price that suits the company’s objectives.
By fixing the price, all these people willing to pay more will come to see the show but they will be paying what you told them to (the fixed price) and that’s the problem we wanted to solve.
When you fix a price not to lose those people on the left of the Gauss curve, you should fix a lower price. That also means you loose invoice capacity because those people on the right of the curve will be paying less that what they are willing to pay.
That’s obviously the problem of trying to reconcile both extremes of the curve. Thus, we avoided this problem by establishing a unique relationship with every single customer that won’t affect de decision of other customers.
That was the first objective of the initiative: to recover all these people on the right of the Gauss curve wiling to pay more. Those on the left were already going to see the show thanks to the discounts.
The second objective was to reduce perceived risk in purchasing decisions and promote the word of mouth to make new people come to the theatre.

Activity Description
The initiative was developed easily.  The theatre will announce the show works by taquilla inversa and will offer a telephone number and an e-mail address to make reservations. People could book their tickets for the show but they won’t be paying for them at the moment of the booking.

At the theatre they will pick their ticket up and will get in the line. Then, they will walk in and watch the show. After the audience applause one of the actors will step up and explain the procedure that is about to happen. This procedure will include making a line and pay what they think is fair for the show they have just seen, and affordable according to their economy.

Methods
To successfully develop the taquilla inversa one aspect was very significant: symmetrical information. To produce empathic economy people should know what’s on the table.  The more information they have about the product, the better. That’s why somehow we managed to inform about the people involved in the project (actor, production team, director, director’s assistant, wardrobe, set design, lighting, 21% of sale taxes, etc.) The idea came from the Nobel Prize winner Joseph Stiglitz’s theory about asymmetrical information.

Another aspect to take into account is to leave the price 100% open. Absolutely trust the customer. The result would be different if we decided to fix different prices and make them choose one.

On the same side we should totally accept those who decide not to pay and avoid getting worried. We should maintain an empathic and positive environment when proceeding.

Results
We increased by 30% the average price of the tickets. Sala Beckett (the theatre were the play was performed) went from invoicing an average of 400 euros to invoice 1.450 euros. That was possible because we took the risk of changing the seats distribution to double the capacity of the theatre even though they didn’t have full occupation before.

Weakness and strengths
Applying taquilla inversa means to get rid of every traditional sales cannel and every discount agent. That means that the work done by these other channels before, need to be assumed by the production company.

Besides, taking this option also means assuming the risk of trusting the consumer and their valuation.  But on the other side, reducing perceived risk in purchasing decisions and trusting the word of mouth is the key to increase the audience while avoiding to spend money on advertising the product.  Besides, sales forecast can be totally overcome and have great-unexpected results.

Internal evaluation
We had great-unexpected results and all forecasts previously prepared were overcome. The average price of the ticket was higher than ever expected.

The following companies asked the theatre to use this strategy and the institution is now recommending it to the coming companies.

And as far as we know, a sociology group from Autonomous University of Barcelona (UAB) is now studying the strategy.