Culture from the point of view of leisure 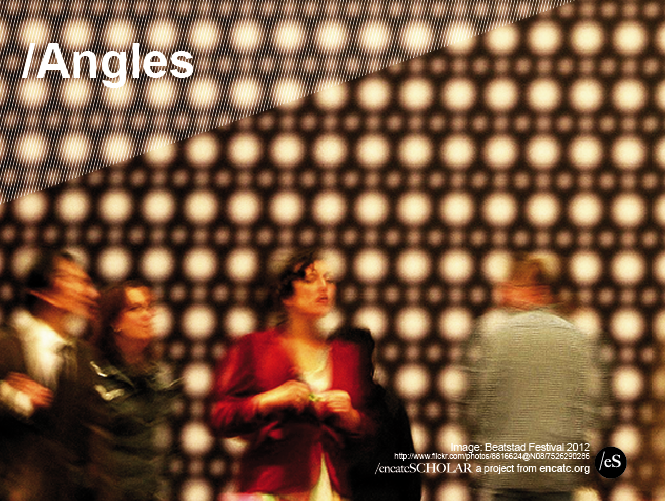 Culture from the point of view of leisure

The most widely accepted and quoted definition of culture is the one adopted by UNESCO in the Mexico City Declaration on Cultural Policies in 1982:

“Culture may now be said to be the whole complex of distinctive spiritual, material, intellectual and emotional features that characterize a society or social group. It includes not only the arts and letters, but also modes of life, the fundamental rights of the human being, value systems, traditions and beliefs”. (UNESCO, 1982)

Comprehensive and informative, this broad definition was adopted to contain the traditional humanistic perspective (“arts and letters”), as well as a more recent, anthropological approach that highlights the social value of culture for a given human community. I would like to draw your attention to the paragraph following the definition, which is also well known but perhaps not so widely quoted as the one above. It focuses on the relevance of culture to the human being and gives reasons as to why it should be promoted:

These are beautiful words. They certainly have the magnificent flair that Universal Declarations need. Mankind is presented as walking through the path of culture towards its own moral improvement, which is an image we all love to think about. But I would like to stress the word used for describing the human disposition for this process: “untiringly”. This only word in the end of the paragraph affects its whole meaning, casting a shade of hardness and sacrifice over the previous expressions.  Reflecting upon oneself, exercising critical judgement, expressing oneself, seeking for new meanings and creating works that transcend one’s limitations are presented as overwhelming activities that exhaust our strength and challenge our endurance. From this point of view, it is only a strong sense of moral commitment to mankind and its improvement that impels us to continue the hard work of culture. Thus it is not surprising that the Declaration urges UNESCO and its Member States to “increase their efforts” to preserve cultural values and states that society “must make substantial efforts” with respect to promoting culture. All these efforts need to be made because culture is presented as a most serious and solemn business, a boring activity, in which people would not easily see reasons to engage.

Enlightening and inspiring as it is, this Declaration and the famous definition it contains fail to address an essential issue: the enjoyment human beings have always found in culture. All throughout history and all over the world, people have contributed to the common cultural heritage. Many have made a living of this contribution, which has also commonly served diverse political or religious purposes. But the universal phenomenon of culture would be misunderstood if the deep enjoyment it involves is neglected. People dealing with culture, both as authors and as audiences, have always found in it some kind of specific pleasure or joy. And this is something a leisure-based approach to culture can help to clarify.

If you look for the word “enjoy” in the Declaration it appears only three times (one as a verb and two as the substantive “enjoyment”), and only when it deals with the necessity of eliminating the constraints to a universal access to cultural goods. According to the Declaration, the access of everyone to culture must be guaranteed because it links the individual to the heritage of a given community, but the really good time you can have as public or audience is simply omitted. Furthermore, the making of culture itself seems no to be an enjoyable occupation, as if it had nothing to do with a playful capacity of innovation, a child-like need of having fun while trying, an ironic perspective on the world, and a deeply satisfying test of own abilities. In 1952 German philosopher Josef Pieper denounced the underlying assumption that can still be seen in action in the Declaration 30 years later: the idea that when it comes to culture, better the harder. This assumption has its roots in the way the production of knowledge has been understood as hard work in modernity, forgetting the ancient link between intellectual activity (theoria) and pleasure. Josef Pieper advocated that leisure must be seen again as the true basis of culture. His claim remains perfectly relevant nowadays, if the deep enjoyment involved in cultural activity is not to be neglected and cultural achievements are not to be measured by purely utilitarian criteria.

The challenges and opportunities that may arise from such a leisure-based approach to culture could be reflected upon through some of the following questions.

I hope this questions help to encourage a debate that cannot be delayed any longer.