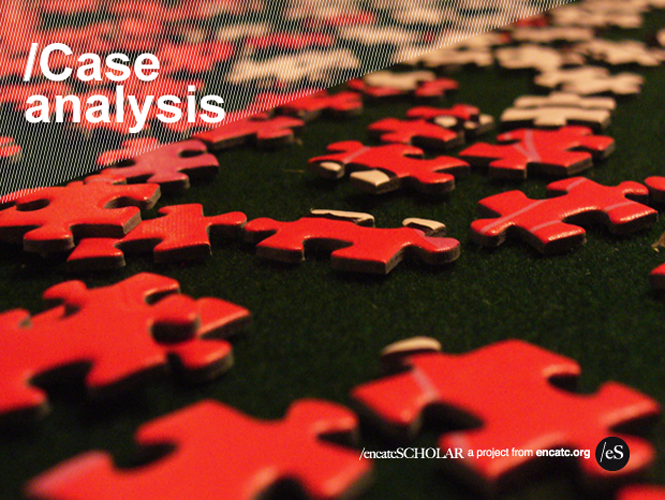 Crowdfunding for large projects… the success of L’endemà

In just a short time Crowdfunding has become highly popular in the Spanish cultural world and can now be seen as a possible alternative to (diminishing) public contributions. Traditionally, the conservation and repair of monuments and the purchase of paintings to complete public museum collections have been financed by, frequently anonymous, public contributions prompted by the close links of the project with the local community. Today, the internet makes it possible to transcend the physical and territorial barriers of traditional communities and enables local projects to be financed with contributions from around the globe. This strategy, therefore, has gathered pace at the beginning of the 21st century in step with the development of tools and social networks enabling it to be implemented. The idea is simple: a project can be financed by tapping into the potential of a large audience whose individual members can contribute small amounts of money to make a project a reality. The strategy appears to work, as the data published in the Crowdfunding Industry Report indicates that in 2013 the volume of funding raised in this manner worldwide may have amounted to as much as 5.1 billion dollars.(a)

L’endemà experience
Verkami(b) was the first platform in Spain to offer this type of collective financing for cultural projects in Spain. Like the majority of crowdfunding platforms it uses a mechanism called Reward-based crowdfunding(c), which rewards donors’ monetary contributions with goods, services or experiences.

If one analyses the projects which have raised funds via this platform one can see that a very high percentage aim to raise a sum which can be considered modest, as it doesn’t exceed 3,000 Euros. This is the kind of project to benefit most from the system of crowdfunding due to the personal links which exist between the promoter and the donors, who are generally to be found amongst the promoter’s immediate circle. This type of relationship make financing possible for two reasons: in addition to raising funds it reduces pressure and increases trust and this makes a positive contribution towards the success of the project. Obviously the main disadvantage is that the amount of funding possible is limited by the economic potential of the promoter’s social group. Crowdfunding acts as a kind of incubator in this type of project as risk is shared and the creator is given support and encouragement, even before the project has been started. The success rate in this type of project is very high, but the higher the amount required, the lower the chances of success.

The funding of larger projects entails a greater challenge and needs planning and the deployment of resources in line with the objective in question. At the beginning of 2013 a Catalan cinema production company decided to finance a documentary using the Verkami platform. The total cost of the production was 600,000 Euros and the objective was to raise 25% of the budget using crowdfunding. The sum of 348,000 Euros was contributed by more than 8,000 donors, far exceeding the original targets. This massive and surprising response beat all former European crowdfunding records (153,000 Euros in Europe and 50,000 in Spain)(d). Below we analyse the characteristics of the project in order to understand the reasons for its success.

The film, entitled L’endemà (The day after), is a documentary analysing the independence movement in Catalonia, a live issue in Catalan society which enjoys considerable social support, demonstrated by the massive demonstrations called in 2012 and 2013 in favour of Catalan independence.

The successful career of the director Isona Passola, who instigated the project, is a guarantee of the final quality of the project. All the most important aspects of the project: promotional campaigns, film production, rewards etc. are directly linked to her.

Mastery of social networks and communication on the internet is essential for the success of any crowdfunding project, but for this size of project it is necessary to back up the digital strategy with more traditional media. The producer stepped up her appearances on radio and television programmes and was more visible in articles in print media during the campaign in order to reinforce her intense activity on social networks, mainly Twitter, of which she is a regular user, with more than 10,000 followers. There was also a busy schedule of visits, meetings, and talks with citizens’ organizations likely to support her project and to spread information about it through the social group they represent.

This is a key aspect if one wants to achieve the greatest possible impact and to make it possible for all to participate regardless of their means. The seven categories of contribution designed for L’endemà ran from 10 Euros to 900 Euros; this can help to increase the effectiveness of the campaign as long as one is careful to define and to recognize the importance of each category. Public recognition is essential and should be included in all reward categories. In addition, the donor must be able to see the return on his or her investment which, in order to avoid arousing suspicion amongst the sponsors, must be seen as neither higher nor lower than the amount contributed. For this reason, it is advisable to include some exclusive experience which is only available to donors. In this way, each category is linked to a reward which includes recognition, economic value and experience. For example, donors of 50 Euros were offered the chance to appear in the film’s credits, a DVD signed by the director, and an invitation to the premiere.

Crowdfunding campaigns have a limited life, normally between 30 and 40 days, so it is important to have a good campaign launch. The “30-90-100”(e) rule shows that campaigns that achieve 30% of the funding objective in the first week have a 90% chance of achieving 100% of the amount sought. This theory is based on the idea that once the 30% barrier has been exceeded one begins to go beyond the immediate circle of contributors and reach people who are not directly linked to the promoter. At that point viral communication will generate an exponential increase in contributions. In this case thd rule was exceeded by far, as in the first week the project achieved 82% of the initial objective and 35% of the final total.

Once the launch of the project is over there is a good chance that the promoting team will become demotivated and this can lead to the project being abandoned or finishing without success. In this case the objective was far exceeded, raising more than 180,000 Euros in 10 days, and it seemed that the campaign had come to an end. Nevertheless, in the middle of the campaign the promoter announced that the project was not going to use public funds and called on civil society to increase its commitment and contribute 50% of the total needed to produce the film. This new objective entailed redoubling efforts but it succeeded in increasing public support for the project.

With this combination of strategies it was possible to provide the project with 60% of its finance, a sum which made it possible to make the film. There are many issues about the use of crowdfunding as an effective fund-raising tool for larger cultural projects but the experience analysed shows that it is a system which opens up new avenues at a time when financing is one of the greatest challenges for any promoter.

(c) More information about the different models of crowdfunding can be found in: http://www.eenc.info/wp-content/uploads/2012/11/DRöthler-KWenzlaff-Crowdfunding-Schemes-in-Europe.pdf